Speak is based on the novel by Laurie Halse Anderson that was later adapted to the big screen. I’ve seen the movie, but never read the book. If you’d like to read a wonderful review of this book by Jess, click here. Check out the trailer below:

Believe it or not…I’m a big reader. hehe. I mean it! Literally I read around 10 to 15 books on a good month, so when I say that my to-review list is backed up, I truly mean it. Currently I have around 50 or so novels to review but let’s be real, I’ll probably only get around to about 12 or 15. Therefore I have decided to just make a post of upcoming post, which basically means it’s the annoying preview before the movie. Be that as it may, I felt that this was a splendid idea to give the assortment of people who indeed read this blog.

I hope you’re interested in these upcoming reviews, some of the books were awesome and others were mediocre. But in the mean time…

KaeCee Everett is a wanted woman. The leader of the Black Spyder motorcycle gang wants her dead. The federal agents sworn to protect her have cut her loose. The Russian mafia has a vested interest in the secrets she protects. And the father she had hoped would love and shield her from the violence of his legacy now sits in prison and plots his revenge. On the run for her life she arrives in Los Angeles with only one hope of surviving the chase. However, one of the fiercest enforcers turned private investigator has her under the scope of his lens. Will he help her avenge her brother’s death and escape the contract on her head? Or will his dark obsession with her be their ultimate demise?

Disclaimer: Someone To Watch Over Me is a fully developed novella based off of the short story “Private Dick and the Red Shoes,” in the Scarlet Diaries anthology by T.A. Ford.

What can I say about this novel that my reaction above doesn’t capture? Well, the story was great because instead of two innocents, or one innocent and another a outlaw, we find ourselves in the minds of two criminals  aspiring to be more. They go through rough patches where they kill, fight, and barter for their lives, although they’re both reformed. There’s actually a lot of action in this novel, with fight scenes and gun scenes which gave this novel a bit of thrill to it, but the main attraction and highlights of this novel existed in the characters.

Each character was thought out to make an impact. Brick is this amazing guy. He’s not the typical hero because he’s not the most handsome man, he lacks charming words, he’s not the smartest guy, and he’s not a good guy; but he’s the only guy for our heroine. Brick didn’t woo KaeCee with words or promises, but with his actions and willingness to protect her at all cost. He’s the ultimate protector – this actually explains his position in the Russian Mafia – which our heroine needed since her brother’s death, Someone to Watch Over Her. Without him there she suffered the agony of knowing who was responsible and having no one to care, until Brick.

KaeCee was the character I had to warm-up to. I didn’t like her at first because she just seemed cocky and bitchy, but once you realize everything she’s been through and really get to the root of her character you’ll love her. She’s you every time you build walls around yourself or exude a false sense of security and esteem to people because the real you is so painful and broken it hurts to let someone else witness it. Don’t get me wrong, there were plenty of times KaeCee didn’t seem to understand that her life was in danger although she kept reminding Brick. She was her strongest and her weakest when she’s with Brick, which is the exact balance that she needed.

We don’t get much Russian mafia action, although it is grazed upon, similar to the Black Sypder MC. Neither one is really important in the novel besides the necessary actions both sides took. We also don’t get a quality bad guy. He’s mediocre at best, but he provided enough of a threat to bring the couple together. And It might not be apparent but this is a revenge plot for KaeCee because the MC just did one too many horrendous things in her life. When you read it you’ll understand…so read it! 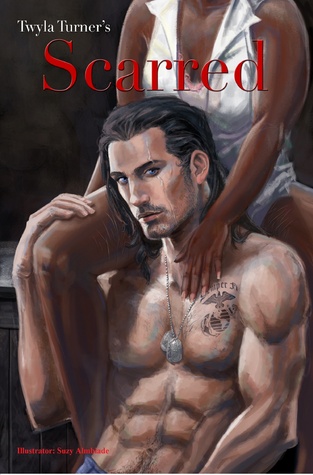 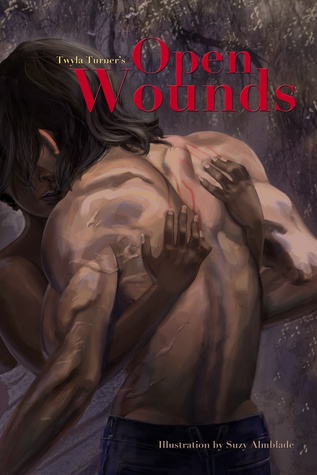 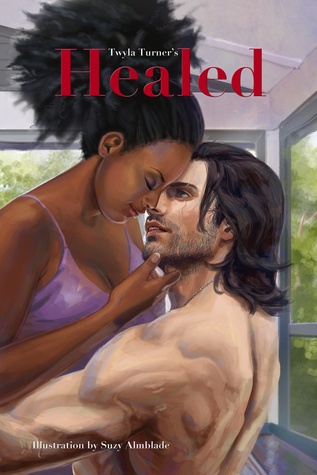 This is the entire Damaged Souls Series by Twyla Turner, which is currently available on Amazon for free if you have Kindle Unlimited. Click on the covers to read the reviews I’ve written for each novel and check out the links below to buy each book! Seriously, do it…

The Damaged Souls series follows the tragic lives of Alexis and Sloan. We’re allotted access into the minds and lives of two physically and emotional Damaged Souls, until they can find their way back from Scarred to Healed.

Alexis Bolden has seen her fair share of tragedy and experienced enough abuse to last a lifetime. Witnessing the double murder-suicide of her parents and dealing with a string of abusive losers, Lexi often found comfort in the brutal ritual of ‘cutting’. And now, narrowly escaping with her life after the last episode of abuse, Lexi finally finds the courage to press charges and start a new life.
Meanwhile, Sloan Stryker, a war veteran suffering from the physical and internal scars of war and bouts of PTSD, has found himself estranged from his disapproving parents, no job and homeless.
Through a chance meeting and dramatic rescue, an unusual friendship develops between these two wounded people. Can they work past their damaged souls to finally come together?

Lexi and Sloan are doing everything in their power to fight the demons of their past. They continue to build each other up, while rebuilding Lexi’s home. Their careers are taking off and they’re settling into a nice life they’ve carved out for themselves. But the demons of the past are beginning to catch up to the present. And Lexi must decide between fight or flight. Can their relationship withstand the constant threat? Or will the damage be more than either of them can take?

Lexi and Sloan have narrowly escaped one of their demons, only to face another. One that neither of them could’ve ever expected. Their issues continue to threaten their fragile relationship. Pulling them further apart and possibly pushing them into another’s arms. Will Aaron and Victoria finally get what they want? Or will it be Sloan’s parents that rip them apart?