Yes, it’s January 6, 2017, and New Years was ages ago, however, I’ve been busy (sorry!) lately and this was the only time I could get around to it.

Can you believe it’s 2017?! I know I can’t. As I reflect back on 2016 I’m left feeling hollow and unfulfilled.  Last year I’d partaken in a bulk of YA novels, in which the majority shared a common critique: they all lacked true substance.

Sure, I read a few that continue to blow my mind to smithereens (The Knife of Never Letting Go series) in either creativity or cohesive plots and writing, but the ratio of this was like 2:8. For every 2 quality books, I read 8 mediocre/bad ones. This doesn’t mean I’m shunning YA as of 2017, but I’m going to focus more on classics.

However, it doesn’t end there. I’ve also decided to be spicy this year and challenge myself to a risqué endeavour (that sounds like an escort service) of *drum roll* no blurbs.

Yes! I’ve dedicated myself to not reading blurbs the entire year – at least until after I’ve completed the novel. I know, this is crazy – I completely agree – but I need to spice-up 2017.  This challenge is like adding freaking cayenne (or Chinese Five Spice, because that shit is powerful) and will add flavor to even the dullest of reading seasons. So, let’s get it started! 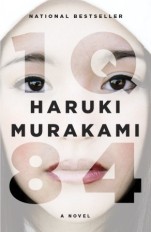 The Picture of Dorian Gray by Oscar Wilde (started 2016)

The Ballad of Black Tom by Victor LaValle (started 2016)