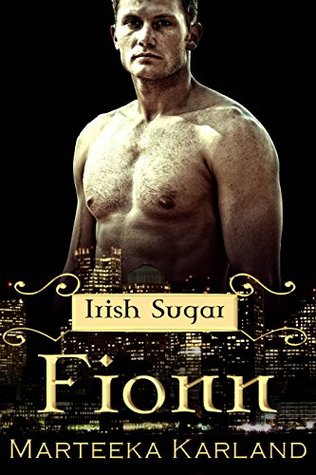 Ice fills my soul. Nothing matters to me but my brothers. I’d kill for them. Every death chips away at the hint of humanity still clinging to me. And when the day comes to pay for my misdeeds….I don’t think about that… Until then I will bask in my transgressions allowing the passion of my chaos to keep me warm. I’m the thing you fear when darkness surrounds you. If you’re in my crosshairs, you’re as good as dead. My name is Fionn O’Shea. Death is all that matters…

She alone fills the gaps in my soul, returns my humanity. By protecting her, perhaps some part of me will be redeemable when I must answer for my sins. She brings order to my chaos, keeps me warm when the ice threatens to overtake me. If you threaten her, you’ll pray for the monsters in the dark to take you. But they won’t. I’ll bring your pain. I’ll bring your suffering. I’ll live for nothing else…

When it comes to kidnapped sex I’m not a lover of it. Anytime a person possesses/enforces some type of dominance over you in an unbalanced way I don’t take kindly to that. In Fionn (Irish Sugar), it was better than some of the previous novels I’ve read, however I still didn’t like it.

Fionn is basically a living Grim Reaper; Ice flows through his veins and it doesn’t as though it’ll ever defrost. He’s an enforcer. He’s dangerous. That is until he kidnaps LeeAnn, who’s a rather innocent, smart girl caught between two webs of injustice.

While holding her captive Fionn realizes he’s the one being held captive, as his heart begins to melt. LeeAnn also starts to feel for him and soon their love blazes through the pages.

The biggest issue I had with this book was the page length.

When writing a story where you’re dealing with a subject, such as kidnapping, it needs to be fully developed – not to mention when you have douchy male lead that we need time to warm up. There’s also abducted sex waaaaay too soon. No matter how I looked at it, I just couldn’t get around how quickly everything happened, however this is an effect of the book being too short.

I did enjoy what Markeeta Karland attempted to accomplish, but it fell short for me.

I’m quite certain I am more excited about this return than you guys, but I couldn’t help it, I missed ya! However, I should probably explain the abruptness of my exit. There were actually a few things preventing me from posting, the most serious would be that I burned my hand cooking.

Yupp, I was making wasabi, honey mustard chicken and forgot the pan just came out of the oven and…sizzle. My hand was wrapped like a mummy for a while and it prevented me from typing, therefore, posting.

The second reason is because my job! I’ve had this HUGE account that I’ve written documents and contracts for for the past week.

The third would be my computer had been taken hostage. My cousin was here and….yea.

The fourth, I’ve been doing research for my trip to Thailand coming up in December and I’m excited!

Last, but not least, I’ve been school searching. As most of you probably don’t know, I took a year off before going to school in order to  “find myself” which is a simple way of saying I worked my ass off my senior year and deserved a break.

Since school begins in Janurary I’ve been researching schools and talking to admission counselors etc.

But I’m back! And I’ve read A  LOT of books! If you follow me on Instagram, you’d know how much 🙂

This is a weekly meme hosted by Taking On A World Of Words (SamAnnElizabeth) where we answer the three questions:

What are you currently reading?

Down with the Shine – Kate Karyus Quinn = Boring

What did you just finish reading?

The Girl From Everywhere by Heidi Heilig – ★ ★ ★ (time travel, YA, fantasy)

What are you planning on reading next?

And a whole lot more….