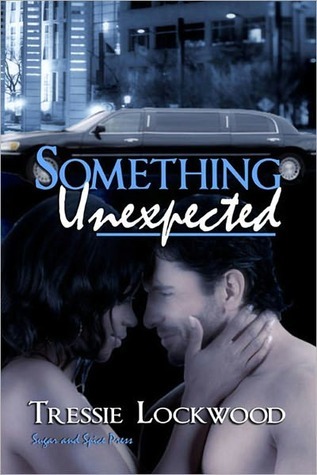 A one night stand in a limo with her boss’s son had consequences Zacari didn’t count on. But when she had been trying to get over finding her cheating ex-boyfriend in bed with her best friend, Keary seemed to be just what she needed to exercise her demons and satisfy a sexual void she never knew she had. Keary O’Connor didn’t care what Zacari’s motives were the night she wouldn’t take no for an answer. What red-blooded man could turn down a seductress with smooth tawny-colored skin and a body he couldn’t get out of his head? He had to have her, and he wanted her again. His only problem now was in convincing her that he would not be like her ex, and what he wanted went beyond the physical and would last a lifetime.

*Disclaimer: This review will be different from non-erotic novels.*

Our heroine, after finding her man in bed with her best friend, decides to get drunk and sleep with her boss’s son once he offers her a ride home. This would be the point where I say, “Hot damn, chivalry ain’t dead!” but, sadly, I cannot. Here’s my problem with our male lead:

Was the male lead a bad guy? No, he just made some poor choices. You shouldn’t hook-up with a drunk girl, especially when you’re completely clear headed. You should always wrap-it up (have you seen Maury?), but you 100% have to when you have wealth because…you know where I’m going with this. Anyway, he was actually kinda sweet with never denying her baby and caring for her, but it didn’t ring true! What guy isn’t going to question whether the child is his baby if you:

A. Sleep with guys while drunk (no shade, I’m just saying)
B. Just broke up with your long-time boyfriend
C. Only slept together once (Now I know this can happen but it’s an argument I’m sure most would post – I’ve seen Maury)

Now, the female lead was annoying as hell. I remembered her character just irking my spirit. She was whiny and immature – nothing’s more unappealing in a character than those two traits right there.

So, getting back to what I was originally saying, she gets prego and tells him in a letter…

To sum up the letter:

We had sex and it was great and I don’t regret not knowing you and letting you hit it (and quit it) without protection – although you could have countless diseases and/or virus’ – I do however have to tell you that I’m pregnant. I don’t have sex with random men in limos, and you’re the father. I just wanted you to know because although you’re a millionaire, I didn’t set out to trap you and I don’t want your money or your support (just my job in which you guys pay me, so I guess I do need your money), however, I thought you had a right to know.

Woah, that was – woah! I’m feeling all types of emotions.

Well, she doesn’t stop there. Dude want’s to be with her because he cares about her and stuff but she’s like, “Nah I’m good” until he begins to move on and then all of a sudden she wants him! Girl, bye!

Even if I could look past all of that I’d still have to account for the lack of overall chemistry between these two characters and character development. Who are the two leads (seriously what’s their names!)? Is she dorky and smart, is he a sensitive artsy type, maybe likes basketball? Who the hell are you?! Not to mention their lack of chemistry because they didn’t talk to each other about anything!

The only person in this novel that had any sense was the lead male’s father. He asked the question I was waiting for err’body to ask, which was if he was the father. Why should I take your word? Nobody knew her like that. But of course she was offended because someone dare question her confession.

I just can’t with this book.

I have love for Tressie Lockwood but this book wasn’t good….at all.

8 thoughts on “Something Unexpected by Tressie Lockwood | Review”

There was an error retrieving images from Instagram. An attempt will be remade in a few minutes.