April Mania Haul is all of the books I purchased in April, not including the dreaded e-book. But this month I didn’t want to go too YA Fiction, I wanted to mix in some African American Fiction, Classics, Mystery, Fantasy,  IR Romance/Mystery, and some Paranormal fiction. Which basically shows I brought books at random, because those genres have nothing to do with each other. However, I did fantastic when it comes to my monthly book budget that I, regretfully, never usually follow. The titles I got were:

I got some of the titles from my local book store, Black Sheep Books in Jacksonville, Fl, and the others I got from Amazon. As you can see I got 24 books for $62.40(!) and yes, I know, 62 bucks is the same price as certain people’s water bill, but I just couldn’t resist the temptation of a guaranteed odyssey; plus paying $62+ dollars is a lot cheaper than a time machine (which does not currently exist, sorry Doc) and a ticket to Gatlin or Dorset. 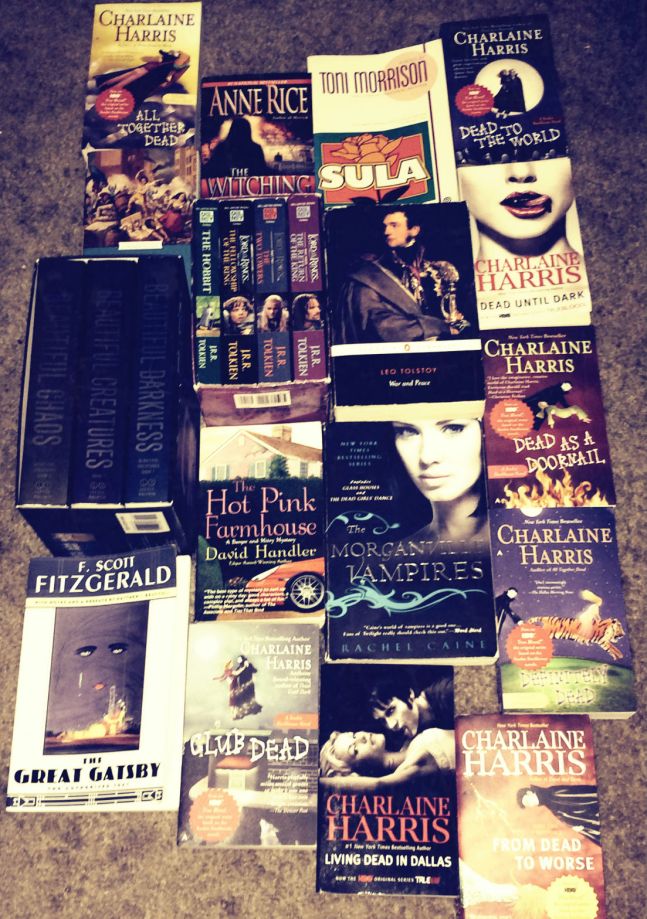 Reading is something I used to regard with disgust and absolute horror, but I was a serious movie and television show fan. I watched Dawson’s Creek (still do actually), Supernatural, The Office, Friends, etc. and movies I watched absolutely everything, from From Dusk Till’ Dawn (George Clooney with that tattoo is hard not to watch) to Hot Fuzz (You’re a doctor deal with it!) but I could never quite bring myself to actually enjoy a book. That is until I had to find a book for school and discovered that books are just subtitled movies with no sound, well minus the movie pictures.

So, if you’re a movie lover you should start off reading novel that have been turned in to books, or movies that turned into books. Don’t limit yourself, and stay clear of classics unless you really are interested in reading them because some stories are just boring. Start off with novels that are exciting, entertaining and super fun to read. Pick a genre that you enjoy and find books that reflect that theme.

These are some of my genre suggestions (which of course you don’t have to try) for Non-Reader’s to start:

I would stay clear of certain genre’s as a new reader, but do not eliminate them all as a whole. Here are some of the stay-away genre’s I suggest:

While this list may work for some people, it may be not be as successful with others. This is the reason why you have to experiment and not be afraid to open your mind up to the endless possibilities of reading. And to find specific titles that you might find interesting to convert to bookism I suggest Goodreads.com. It’s a fantastic website that I’ve been a member of since forever so go join! My profile: https://www.goodreads.com/user/show/3095876-codie-papageorgiou

Mitch is a widower with an obsession with sweet foods and old films, but being a movie critic what else is he supposed to do (?). Knowing Mitch is battling depression Lacy, his boss, sends him to an historic rich version of Pleasantville, or is it more Hot Fuzz? While he’s in Dorset he meets Des, a black female lieutenant in an all-white male monopoly service with a love for art, after a couple of murders in the little quiet island Big Sister. As the victims list grows so does the suspect list and a couple of attempted murders, and the question remains who can you trust who can’t you?

Pros :
o Handler’s Characters – The characters in this novel where very unique and likable. Mitch was not a sexy guy with the physique of a Greek god, he was real and just your average Joe. His personality was becoming and he was easy to like with his sadness, but also with his progression to become happy again. Des was a wonderful character with a quirky sense of humor, and a boatload of closed off feelings that women feel like they cannot express when in a position such as hers; also her obsession with cat’s was very funny also. The people in the town were very believable, and unlikable…in a good way.

o The murders – Although that may sound peculiar, the murders where very real (well as real as I get from TV shows) and the suspects where really tricky. I didn’t know who did it until a good portion of the way through the book.

o Careers – I haven’t read many books with the professions of these characters, so that was pretty cool.

o Progression – For me this novel never had a dull moment, it was loaded with soft mystery and interesting plot development.

Cons :
o Grammar – I’m not going to lie and say that I’m a grammar queen, I mess up all the time, but those who do care should know it probably won’t make it to editor heaven.

o I felt like the ending was a tad bit rushed.
My Reaction:

Being an avid book reader I am constantly trying to reduce my monthly cost I shell out for books. After about five years I came up with a selection of websites and book stores that keep my pockets from being bare. So I thought why not share my amazing (my words) system for buying books with people.

Not only did I find places to buy books, but I also found the best books to buy to save money.

So, for those who are tired of spending a serious amount of money on books, I hope this helps the El Cheapo in all of you. 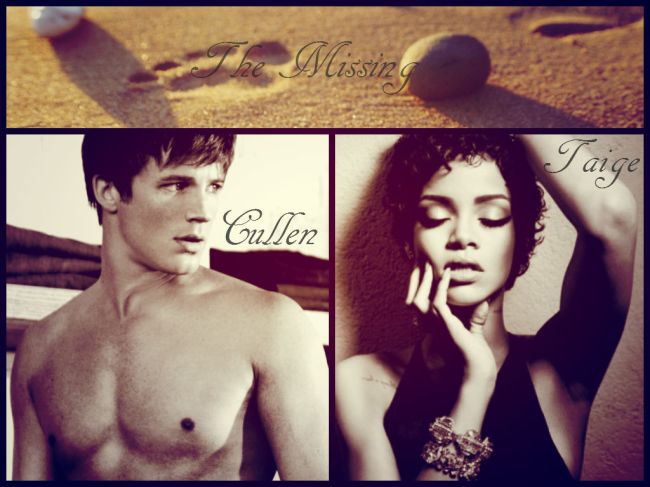 Taige was born with a gift that allows her to help children that are going to be, or have been kidnapped. She lives with her uncle, Leon who hates the ground she walks on and thinks she’s a demon spawn. But sadly Taige is no stranger to feeling out of place being biracial and living in Alabama (Or was it Florida?), or at least this was true until she meets Cullen. Cullen saves Taige from getting raped one night and from that day on they’re together…until Cullen’s mother gets brutally murdered and he blames Taige. So, twelve years later Cullen needs Taige’s help to find his daughter has been abducted.

My reaction to the book:

This novel had so much potential! It just makes me sad that a novel with a good plot, storyline, and characters, turn out to have such a mediocre execution. Perhaps the story needed to be longer, and less focused on Taige’s love for Cullen and more about the mystery aspect of the novel. I really don’t know, but I’m very disappointed.

Pros:
☺ Taige is an interesting character that has a strong personality which is easy to love.
☺ The plot is very intoxicating, and different from other novels I have read.
☺ Another thing that was good about the novel was the beginning relationship off Cullen and Taige.

Cons:
☹ I figured out who the killer was on page 174, and there are 300+ pages
☹ The entire novel seemed rushed and distorted in some places.
☹ Not enough was explained about Taige’s gifts, the dreams, why the hell Rose never really helped Taige.
☹ Cullen was an ass…end of story.

I cannot honestly say there was anything remarkable about this novel, it was really just blah. I had high hopes for it though, it had a different plot and theme but it didn’t do it for me. It wasn’t a true mystery because the villain was so obvious, but it wasn’t really a romance, or was it? I have no true feelings toward this novel. Was it great: no. Was it bad: no. It was just okay.